Welcome to the roundup of the 22nd edition of Novel Food, the literary/culinary event that Lisa of Champaign Taste and I created in 2007 and that I continue to host with great pleasure, as it brings together two of my passions: literature and food. Novel Food is about literary works (prose or poetry) that inspire the preparation of dishes.

Like all its predecessors, the current edition includes a lovely set of posts, each describing a literary work that the blogger read and the dish that the reading inspired. Please, follow me on a short literary/culinary tour. For each contribution, I will offer a small bite to whet your appetite for more: follow the link to read the details of the special connection between written word and food that each participant has created.

I hope that by the time you reach the end of this post, you will have a nice reading and cooking list to be used in the near future. 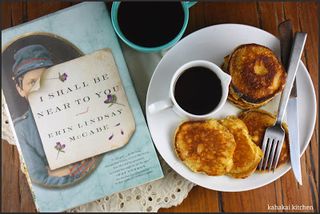 The book offers a look at the day-to-day lives of women fighters who secretly enlisted to fight in the Civl War. "My dish was a bit of a challenge as food inspiration isn't always easy to come by in books where most of the action takes place in army camps or on the battlefield... I finally decided to go with a simple Civil War era staple--Johnnycakes--kind of a cornmeal based flat bread/pancake/biscuit." 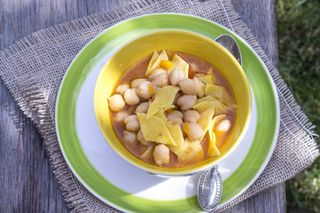 "Agatha is the sensitive, intelligent and courageous thirteen-year-old protagonist of this story set in the 60's in Sicily, a difficult land under the control of the mafia." Agatha's family decides to emigrate to Northern Italy to escape the situation and so they board "il treno del sole." A simple, comforting soup brings us to Agatha's simple world upset by events outside her control. 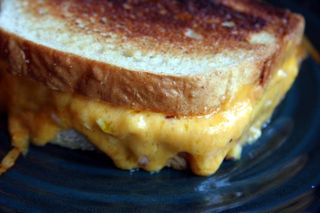 Ruhama of rumahama read Unremembered by Jessica Brody,
which inspired her to make some Grilled Cheese Sandwiches

Sera "appears in the middle of the ocean amidst a plane crash--the only survivor... Her memory has disappeared, so she can't provide any clues--not even her name... Part of regaining her memory involves learning about every day life, from cars to computers to eating. One of the first things she eats when she's released from the hospital is a grilled cheese sandwich." 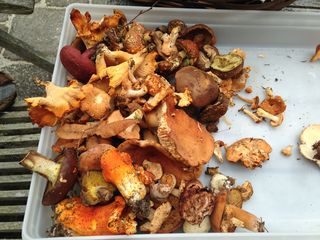 "Ever since reading the scenes of mushroom gathering in Anna Karenina while writing The Book Club Cookbook, we’ve been intrigued by the idea of mushroom hunting – with a guide... Soon, our baskets were filling with honey mushrooms and hedgehogs — and we quickly learned to avoid the poisonous puffball. When we regrouped, we had a gorgeous array of fungi in oranges, reds, browns and yellows." 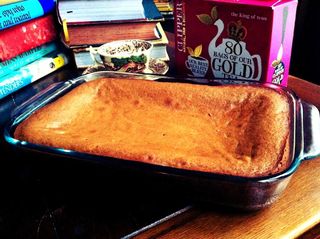 Lauren is an avid note-taker when she reads: "I always have my iPhone nearby so I can jot down every food reference in the books I read... In preparation for our trip to Cornwall in July, I read a lot of books set in that particular county. One of which was Ross Poldark, which was later made into a very-well-known BBC miniseries." A scene where Ross goes to a fair in Truro where there are lots of gingerbread stalls provided the inspiration for "the best-tasting gingerbread ever." 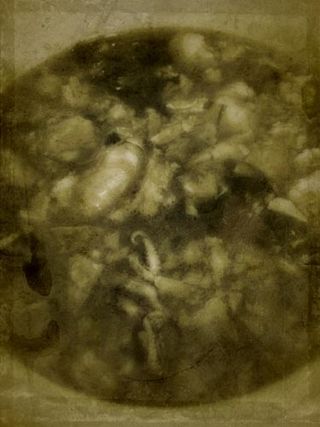 "Just before Dantès is arrested, he’s enjoying his wedding feast celebration... [which] inspired me to make a seafood meal, worthy of a wedding feast – fish soup made from salmon, prawns, clams and octopus... the soup tasted okay but I felt it still needed something more. I added some coconut milk.  My last addition to the soup was – fresh spinach" and the result was delicious. 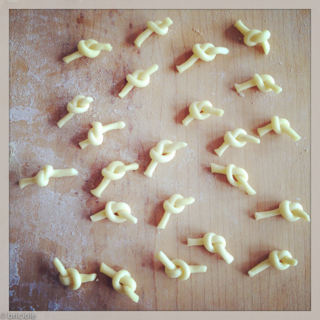 The author's "marriage to a Venetian man, brought to mind the expression 'to tie the knot'. My passion for turning pasta dough into interesting shapes did the rest: I tried to tie pasta dough into small simple knots and the result was pleasing." 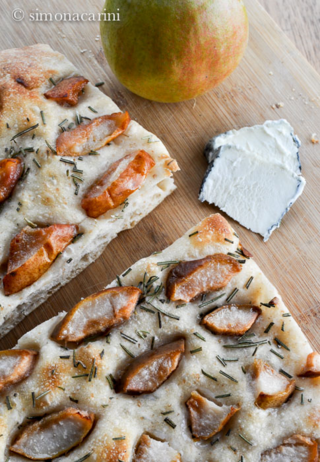 "Rowing is a physically demanding sport. Without a family and with extremely limited means, Joe Rantz was always hungry... Joe's craving for a home to go back to at the end of the day, for the family he remembers from his early years, made me want to prepare something for him, something flavorful, filling and nutritious, like focaccia."

In the meantime, read good books (maybe with the next Novel Food in mind), cook good dishes, and otherwise savor life's local and seasonal offerings.

Thank you so much Simona! Novel Food is the perfect opportunity to connect my passions: reading and cooking!!!

Hooray for keeping this going--some great books and recipes (as usual)!

I just love this event! Thanks so much for hosting and I cannot wait until the next one.

My pleasure, Lucia. These are two passions we share :)

Thanks, Ruhama, for your continuous participation.

That's music to my ears, Lauren. So glad you learned about Novel Food and joined the party. I like to wait until after the various holidays for the next edition: knowing about your note-taking habit, I am sure you'll be well prepared for it. I will try to follow your example :)

It's always so fun to see what everyone reads and cooks! ;-) Thanks for hosting this fun event Simona.

Wonderful finale. I enjoyed reading about the books and recipes inspired by them. :-)

You are welcome, Deb. It is always a pleasure for me.

Thank you, Paz. I am glad you enjoyed the collection.