Welcome to the roundup of the 21st edition of Novel Food, the literary/culinary event that Lisa of Champaign Taste and I created in 2007 and that I continue to host with great pleasure, as it brings together two of my passions: literature and food. Novel Food is about literary works (prose or poetry) that inspire the preparation of dishes.

Like all its predecessors, the current edition includes a lovely set of posts, each describing a literary work that the blogger read and the dish that the reading inspired. Please, follow me on a short literary/culinary tour. For each contribution, I will offer a small bite to whet your appetite for more: follow the link to read the details of the special connection between written word and food that each participant has created.

I hope that by the time you reach the end of this post, you will have a nice reading and cooking list to be used in the near future. 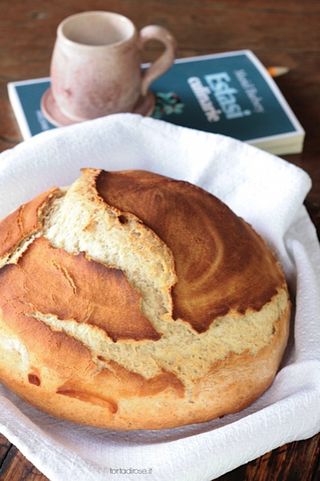 "Monsieur Arthens... is a great food critic who, on his deathbed, tries to find a sublime and forgotten flavor of his life. So, begins a journey in the memories from his childhood, holidays with his family, stages of his career. The decisive choice to make a “cracked” bread comes from the Arthens’s memory of his summers by the sea, with the warm and golden sand that looks like freshly baked bread, with cracks in the crust that seem plow grooves." 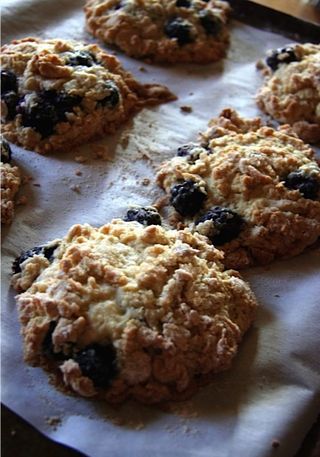 Ruhama of rumahama presents The Kiss of Deception by Mary E. Pearson,
which inspired her to bake some Blackberry Scones

This "is the story of a runaway princess, warring principalities and rip roaring adventure... Which recipe to feature? I gravitated immediately to the idea of scones, especially when I read the description of Berdi's. 'Pauline stared longingly at the golden-crusted blackberry scones as they disappeared layer after layer into the basket' (163)." 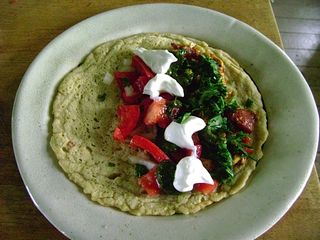 "Tarquin Hall's wonderful mystery series featur[es] Vish Puri, a portly but vain, bombastic but decent-hearted, Punjabi detective in modern Delhi... [A] Chicken Frankie is a roti slathered with spicy chicken bits, chopped tomatoes, onions, cilantro and hot peppers and then rolled up to be eaten out of hand." 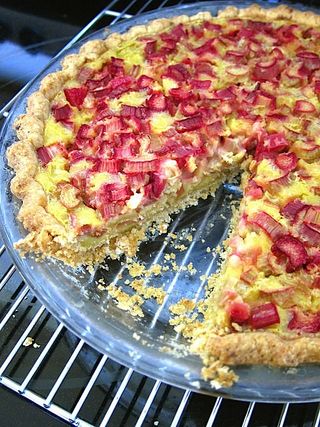 Debra of Diary of a Tomato read Humble Pie: Musings on What Lies Beneath the Crust by Anne Dimock and was inspired to bake Rhubarb Buttermilk Pie

"Each Pie Maker is called to a particular type of pie. It is a deeper, more profound relationship than a favorite pie or one’s specialty. It is closer to destiny or fate." Debra was called to "an Amish classic that falls in a category of pie that relies on a rich mix of cream and eggs to bind the fruit... It’s like having pie and ice cream wrapped into one, especially when served cold." 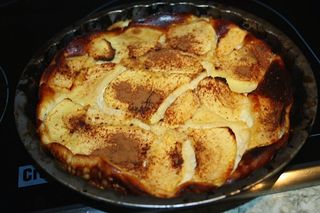 "I had bookmarked - quite literally, with scraps of paper - all sorts of quotes from the novel, where food is used to evoke a picture or emotion and where we have lengthy descriptions and snippets of recipes of the food Framboise makes and that her mother used to make... One of the desserts I particularly remember from the novel is clafoutis - a sort of fruit tart cooked in an eggy batter (and without a pastry base)." 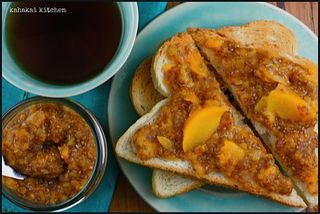 This "is a book that pulls you in and builds the angst with every page. A book about a woman in her eighties trying to find out what happened to her best friend while her mind disintegrates and her anguish and anxiety build shouldn't be this captivating but it is... With Maud's getting lost in her mind, some of that food repeats itself over and over primarily with summer squash... and the canned peaches she keeps buying much to her daughter's dismay." 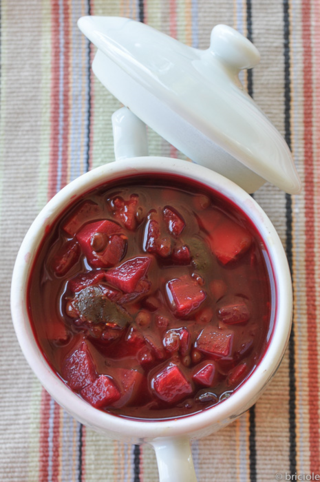 "Reading the book... prompted me to learn a bit about Persian cuisine." Red beets, an item in her spring CSA box made her "create a Persian-inspired lentil soup that would contain seasonal and local vegetables." 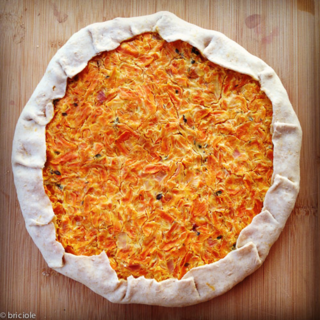 "Ever since reading the first [novel], I have had in mind to create a dish inspired by Gemma's [red] hair. Fresh carrots in my CSA share were my other source of inspiration... The sweetness of carrots and the creaminess of fromage blanc blend well and the 'crazy dough' offers a discreet and slightly rustic support to the duo."

In the meantime, read good books (maybe with the next Novel Food in mind), cook good dishes, and otherwise savor life's local and seasonal offerings.

That Joanne Harris book is so good. I'll have to read that again. She's such a wonderful writer.

Lovely collection of foodie novels and delicious food. I read Five Quarters of the Orange and posted the Brandied Raspberries and I do love Deborah Crombie having read all the Duncan Kinkaid/Jemma James collection.

So glad to read you like the Crombie's novels too, Lynne.

I'm glad to see that we share a passion for books and...cooking! Thanks to all!!!
lucia

...and thanks to Simona for the lovely idea, of course!!!

A wonderful roundup for a wonderful event Simona! I am so sorry that I am just getting around to commenting now--it has been an insanely crazy few weeks. I look forward to visiting all of the posts. Thanks again for hosting--I am looking forward to the next round. ;-)

Thank you Deb. I hope things will get mellower for you soon, so you can enjoy some summer relax. Novel Food will definitely be back at the end of summer.

Thanks for hosting this wonderful round-up, so many good tips for summer reads! Life taking an unexpected turn but hope to be back by end of summer...

I hope so too, Debra, and hope to see you at the next edition of Novel Food. Cari saluti.