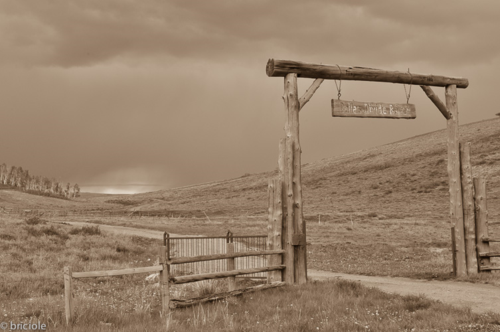 Two images from our recent weekend in Western Colorado, land of many beauties.

On our way back from Ouray to Telluride, the low gray sky kissing the green hills brought us to stop the car not far from the entrance of a ranch.

We stood for some time in the silence of a moment totally owned by nature. 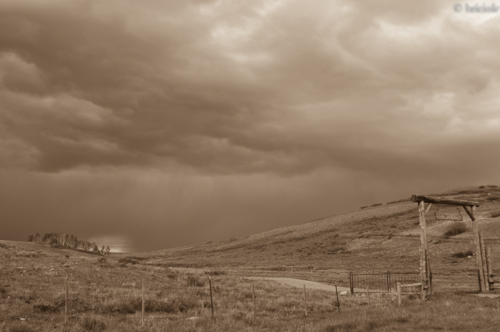 The pass is a saddle between the San Juan Mountains to the south and the Uncompahgre Plateau to the north... The pass takes its name from Dallas Creek which drains the basin on the north side of Mount Sneffels into the Uncompahgre River. [source]

This is my contribution to edition #134 of Black and White Wednesday - A Culinary Photography Event created by Susan of The Well-Seasoned Cook, now organized by Cinzia of Cindystar, and hosted this week by Haalo of Cook (almost) Anything at Least Once.

The photos were shot in color and then converted to sepia (Lightroom preset Sepia Tone).

The gallery of images contributed to the event.