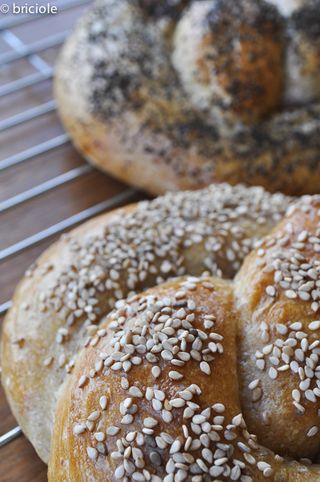 There are two types of books: the ones I find and the ones that find me. The Jane Austen Book Club by Karen Joy Fowler belongs to the latter category.

I can't say that it held me spellbound from the first pages. However, it would not let me go. Reading it was like trying to identify a subtle flavor in a dish: you must continue to taste until you get it and in the process, you get totally and pleasantly involved without quite realizing it.

All ingredients of the novel work together to make a nice meal: the story, the characters, the language.

The six of us — Jocelyn, Bernadette. Sylvia, Allegra, Prudie, and Grigg — made up the full roster of the Central Valley/River City all-Jane Austen-all-the-time book club. Our first meting was at Jocelyn's house.

Each month, the club members read one of Austen's novels and they meet to discuss it at a different house. At least that's the plan.

As the novel progresses, we learn something about the past and the present of each character and we see them going through some important life events. I like that the tone of the novel is composed, an homage to Austen's.

Ms. Fowler's language is charming and humorous. She draws people and events with a delicate and precise hand. This is how she introduces the main characters:

The first and only book club in which I have participated is the Cook the Books Club, whose meetings are virtual, so I have never faced the dilemma of preparing food for a club's meeting at my house. While reading The Jane Austen Book Club, I have given some thoughts to the question: what would I put on the table?

The initial answer was easy: some nice bread served with a couple of spreads, maybe some fasole bătută or some roasted red pepper and almond dip, then some of my cheese, like fresh kefir cheese or French Neufchâtel. But what kind of bread? 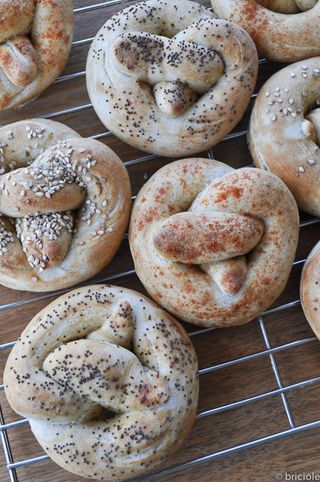 There is no special reason for the choice. It was time for me to make pretzels and I made them thinking that they would be good for an intimate party discussing Jane Austen's novels. As an aside, while I was reading The Jane Austen Book Club I decided to re-read Persuasion.

I had seen the recipe for Soft Pretzels in my well-floured copy of Peter Reinhart's "Artisan Breads Every Day" (page 128-130). I made them and they were a success. Their size makes them a good choice for a book club evening.

I then saw the recipe for Bavarian-Style Soft Pretzels also by Peter Reinhart and made those as well. This recipe makes bigger pretzels which are truly beautiful. A surface comparison between the two batches of pretzels is not quite fair, though, as I used egg wash on the Bavarian-style pretzels, which explains the golden shine. 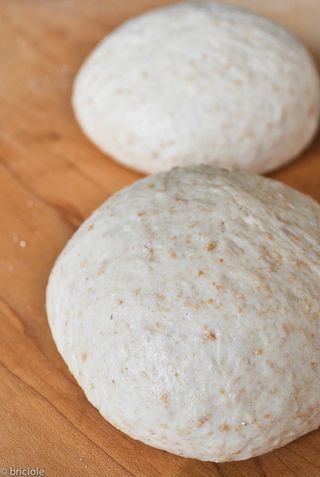 Recipes by Peter Reinhart always work as described, even though I always modify them slightly. And he has a way of explaining things that makes them clear and accessible. What a great teacher! I had the honor of being introduced to him a few months ago and I wish I had had more time to tell him how much I treasure his recipes and his teaching style.

Everything you need to know to make the Bavarian-style soft pretzels is on the recipe page, including a video where Reinhart shows how to shape a pretzel. I used baking soda (bicarbonato di soda) to make the dipping liquid and then used egg wash, as suggested in the recipe. Instead of pretzel salt, I sprinkled the surface of my pretzels with sesame seeds (semi di sesamo), or poppy seeds (semi di papavero), or smoked paprika. I know, none of this is traditional, but these are the toppings I like. 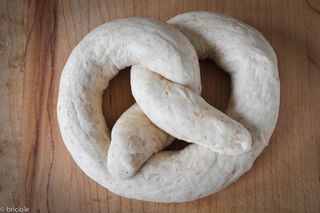 The recipe makes six pretzels. It can be easily halved, which I did, since I was feeding a family of two rather than a book club with six members. As usual, I mixed some whole-wheat flour to the regular flour to boost nutrition.

This are the ingredients I used:

Follow the instructions in the original recipe and you'll be rewarded. Note that, as the pretzel are frozen as part of the process, they can be made ahead — for a book club meeting or a party.

Since I used instant dry yeast, I skipped the initial step and added the yeast to the other ingredients. Also, I mixed by hand rather than with a mixer. Finally, I did not have to add more flour than the amount I had originally measured. 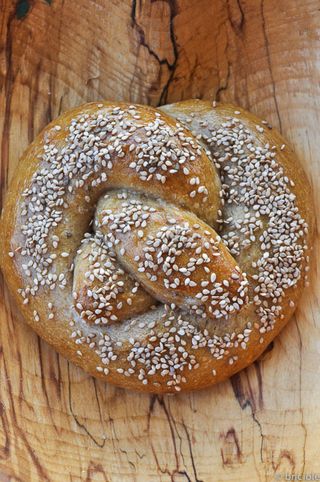 I am no pretzel expert, but this bread whose shape reminds me of the lotus pose in yoga is a delight to eat. The seed topping makes the crust a bit crunchy, while the spice topping makes it tongue-tickling. The two types of whole-wheat flour added a bit of body to the crumb. As in Jane Austen's novels and in Karen Joy Fowler's The Jane Austen Book Club, all ingredients work together to provide pleasure. Books feed our mind, pretzels feed our body, and both nourish our soul.

This is my second contribution to the 19th edition of Novel Food, the literary/culinary event that Lisa of Champaign Taste and I started some time ago and that I continue to host.

I am sending the soft pretzels to the June edition of Panissimo a monthly event created recently by Barbara of Bread & Companatico and Sandra of Indovina chi viene a cena? and hosted this month by Barbara.

also to the June edition of Bake With Love! (formerly Bake Your Own Bread) hosted by Roxana of Roxana's Homebaking.

I am sending my pretzels to Yeastspotting.

This post contains the first part of the roundup and links to the other two parts.

I contribute these pretzels to the 17th installment of the Abbecedario culinario della Comunità Europea (European Community Culinary ABC), an event organized by Trattoria MuVarA that will bring us to visit 26 countries of the EU (all except Italy) using the alphabet as guide. Q like Quarkkeulchen (Germany) is hosted by me, Simona of briciole.

Love the description of your pretzels as shaped like a lotus pose!

And I so envy them for their ability, Debra ;)

I think your novel-inspired pretzels are the perfect pick for the virtual club. Sorry I wasn't able to participate this time. Next Novel Food! xoxo

Thank you, Paz. Don't worry: the next edition will be in the fall.

Hello, Simona!
I’ve heard of The Jane Austen Book Club. It’s a nice premise for a novel.
Your pretzels look absolutely irresistible! We love yeasted dough anything around here! As for Austen’s Persuasion, I think at the core of it it’s such a great, mature love story. You hold your breath waiting for Anne Eliot and her captain to get together.

Ciao Ana. I recommend the pretzels. I think you chose the right word: mature. A bit different from the more famous stories of S&S and P&P. I am looking forward to reading it again. I remember also seeing a movie and it was nicely done.