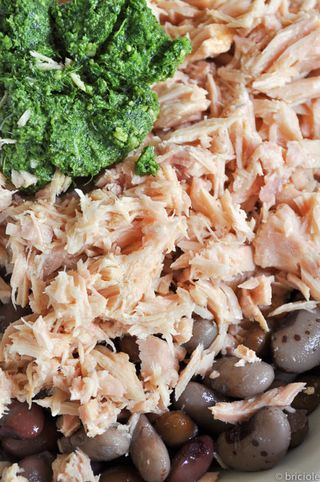 the right company for kale pesto

The first scene brings us to a large rapeseed field. Our eyes luxuriate in the saturated colors of tall yellow flowers under a blindingly blue sky. As our mind wonders where such a beautiful place is, a painful sense of foreboding starts to distort the idyllic image. The young woman in the middle of the yellow ocean is panicking and the middle-aged men trying to reach her is anxious. The tension builds up as the camera switches vintage point until the scene goes up in flames — literally.

Sidetracked, the first episode of the BBC movies Wallander turned me into a terrified fan of the series. I could not stop watching that and the other two episodes of the first season: the movies held me in their power. But the horror of the deaths and crimes shown in them terrified me. A part of me wanted to flee, while the other part was glued to the couch, totally focused on the screen and the events shown on it.

I like everything about the movies and find the character of police inspector Kurt Wallander fascinating and poignantly rendered by Kenneth Branagh. After watching three movies, I had to read the novels by Swedish author Henning Mankell. I started from the first one Faceless Killers, which introduced Kurt Wallander to the public 23 years ago. In 1999 Mankell published The Pyramid, a collection of five stories that follows Wallander career from his beginning as a patrolman who helps solve a crime and gets moved into the investigative branch of the police, to the middle-aged, seasoned investigator recently separated from his wife that we meet in the first novel. (This is the book I am reading right now.)

Faceless Killers opens with a brutal, inexplicable murder of a farmer and his wife. As Wallander applies known investigative techniques, based on looking very carefully at the available information, spiced up with a bit of gut feelings and intuition, to find who did it and why, we follow his having to come to terms with his wife's recent decision to leave him.

The chaos without is reflected in the chaos within Wallander's life. Of course, a murder is not at the same level as a separation and an estranged daughter, Linda — whose suicide attempt he thwarted some years prior. However, the need to rationalize and act upon them has similarity. In the end, he cannot do anything to recreate the family nucleus, which in practice had ceased to exist for a while, but he can bring the murderers to justice, thereby resetting the scales, so to speak — albeit temporarily.

The novel includes more than one personal thread: Wallander's father, a painter, appears and his mental and physical decline requires attention. And Rydberg, Wallander's mentor and most trusted colleague, is diagnosed with cancer. The mood of the novel is definitely somber. And the fact that it starts in early January, in the dead of winter, adds some more darkness. The one steady light is Wallander's determination to solve the crime that haunts him. And he will do that. 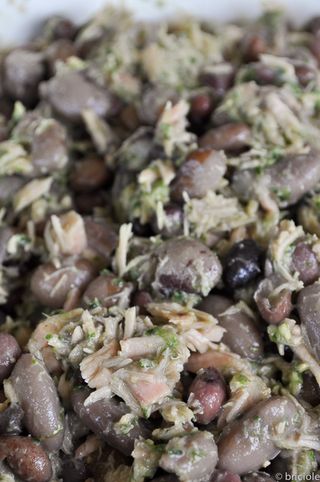 Often Wallander is so engrossed in his investigations that food and sleep are pushed aside, sometimes with dangerous consequences. One recurrent motif in the novel is his wish to start eating better, a resolution that gets repeatedly postponed to the following day when, supposedly, he will have more time to choose mindfully how to feed himself. But the healthy, nutritious salad in his thoughts never materializes on his plate, so I thought I would make one for him, one that, with a bit of planning, he could prepare for himself at home.

The combination of beans and canned tuna (we called it fagioli col tonno) reminds me of childhood summer vacations (vacanze estive), when salads of various kinds rotated on the menu. Its simplicity leaves room for interesting variations, like this one. The baby kale pesto with cashews I described yesterday smoothes the edges of the two bold flavors of beans and albacore. I cook beans whenever I have time and if I don't need them right away, I freeze them. The pesto can also be made in advance and frozen. Particularly useful are the two-tablespoon cubes you can obtain by freezing it in an ice tray. And canned albacore is an item always in my pantry, the kind I discovered some years ago: troll caught and preserved in its own juices, flavorful, low in mercury and without added ingredients besides salt. 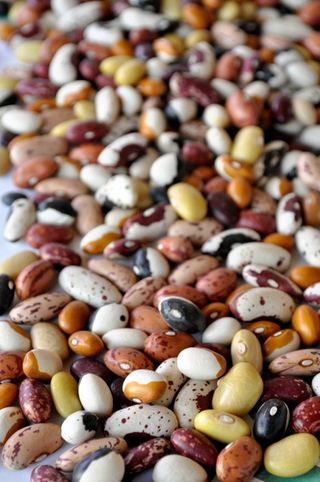 Once you have the elements of the salad, combining them together takes little time and the result is satisfying and nourishing, just what Kurt Wallander and we all need.

How to cook dry beans
The way I cook beans for further use comes from Vegetarian Cooking for Everyone by Deborah Madison (Beans with Aromatics). After soaking a cup of dry beans for several hours or overnight in enough water to cover them by about an inch (I use 3 1/2 cups), empty the whole bowl into a saucepan and add

If it feels that there is not enough water to cook the beans well, add 1/2 cup. Bring the water to a lively boil quickly, and keep it there for five minutes, then turn down the heat and let the beans simmer, covered, until they are ready. How long this takes depends on the type of beans and their freshness. Let them cool in their broth, then remove the aromatics and discard them. Let the beans rest in their cooking broth until ready to use.

How to prepare the pesto
See the post baby kale pesto with cashews for the recipe.

How to assemble the salad
Drain the beans but leave them a bit moist. Open the can, empty it in a bowl, and with a fork flake the albacore to incorporate its juices. Add kale pesto and mix thoroughly to combine the ingredients. Serve (at room temperature).

To my palate, this salad does not need additional salt an neither does it need olive oil, since the albacore provides its oil.

Besides choosing healthier dishes, hopefully Wallander will learn to enjoy the food, instead of just stuffing himself, which is what he does when eating on the run. When it comes to his relation with food, he can learn from Montalbano.

This is my second contribution to the 18th edition of Novel Food, the literary/culinary event that Lisa of Champaign Taste and I started some time ago and that I continue to host.

This is also my submission for Souper (Soup, Salad & Sammies) Sundays, a weekly event created by Deb of Kahakai Kitchen.

Finally, this is my contribution to MLLA #57, the current edition of the popular, legume-centered event created by Susan, The Well-Seasoned Cook, now organized by Lisa of Lisa's Kitchen, and hosted this month by PJ of Seduce Your Tastebuds.

Wow! The book sounds very interesting and what a delicious-sounding salad! Thanks for the tip on how to cook dry beans.

Oh, but this brings back memories of simple, but tasty salads for lunch! Thank you. As for Wallander, I am with you; he'd benefit from food such as this. His soul is damaged, and he is in turmoil, deprived of the most basic of needs, human comfort and nutrition. I see his poor nutrition as a metaphor for his soul. He is consumed with his work, to the extent that his personal life, including his marriage and his relationship with his daughter are damaged. Yet he is unable to pull himself away from his work. He is one of literature's classically flawed characters.

The BBC series was indeed engrossing, and Kenneth Branagh was captivating, but Swedish program was even better. In the Swedish series Krister Henriksson provided a compelling look inside the complicated mind, gentle soul and warm, but ultimately empty heart of the policeman.

Thanks for a wonderful post. Have a great weekend.

I'm still thinking about that field of rapeseed.... We're surrounded by those gorgeous yellow fields in the spring. I'll never look at them the same way.
As to the salad, one of my favorite combinations. I haven't seen either programs, but thanks for a new author!

Fagioli col tonno is a summery stand-by for us. Such as great solution when you hardly feel like cooking! I've never tried it with mixed beans, but now that you've put that idea into my head…

You are welcome, Paz.

Thank you so much for your comment, Adri. I am glad you like the post. I immediately went to see if I could rend the Swedish movies and at the usual place, I cannot. I'll look some more, since you got me curious. Wallander's human relations are all in pretty bad shape. As you say, he is consumed by his work and unable to bring balance to his life. Sometimes it feels like the cold, gray whether is the reflection of the cold, gray loneliness in which he lives. Happy Sunday!

Hi Katie. It is a pretty intense scene. Actually, the movies have a lot of beautiful scenery in them. If you like crime novels, these are really good.

Ciao Frank. It is a great combination, for sure. I am now using my mixed beans pretty much for everything. In fact, my next recipes will have those beans too :)

I love the idea of the baby kale and cashew pesto enhancing your bean and tuna salad. It looks like it has so much flavor. Great book review too. ;-) I need to get back to a Novel Food soon.

Thanks for sharing this with Souper Sundays!

You are welcome, Deb. It's always a pleasure to participate. Novel Food will be back in early summer.