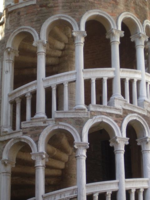 In recent days, I spent time admiring beautiful photos of Venezia taken by Merisi of Merisi' Vienna for Beginners (this is the set I looked at most recently). We also exchanged a couple of emails on the subject and that reminded me of a post I started writing some months ago, on the eve of a trip to my country of origin, and never finished. Thanks, Merisi, for inspiring me to tie up this lose end. The last time my husband and I visited Venice, it was on a Sunday. It was not my original plan, but bad weather made us... Read more → 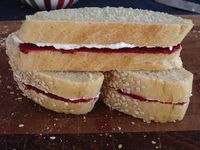 [cliccare il link per andare alla versione in italiano] When I was a child in Italy, red beets for me were steamed vegetables sold in vacuum-sealed packages that for some unknown reason I was not required to eat. Not that I wanted to: The color was appealing, but not enough to tempt me. Fortunately, steamed red beets were not the last word on the subject of this root vegetable. I think that roasting should be required before having children taste certain vegetables for the first time. But I digress. Of course, now I love red beets and have been eating them... Read more →

Novel Food #8: the finale (one serving)

For the 8th time in its illustrious history, Novel Food, the literary/culinary event that Lisa of Champaign Taste and I created a few seasons ago, has reached its final phase: the roundup. Do you find that you read more in the summer? I don't, in the sense that I read about an hour a day every day of the year (more if I can). Somehow, though, this year I started the summer with a nice stack of books ready to become food for my hungry eyes and mind. So far, the meal has been quite pleasant. One of the nice characteristics... Read more → He realized that, despite his fatigue, which was aggravated by the phone call, he felt hungry as a wolf. It was ten past six, not yet dinnertime. But who ever said you have to eat at an appointed time of day? He went into the kitchen and opened the refrigerator. Adelina had prepared a dish fit for a convalescent: boiled cod. On the other hand, they were huge, extremely fresh, and six in number. He didn't bother to reheat them; he liked them cold, dressed with olive oil, a few drops of lemon, and salt. Adelina had bought the bread that... Read more → 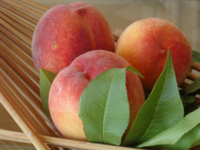 [cliccare il link per andare alla versione in italiano] La stagione delle pesche (peach season) is here and my CSA box had some white ones last week and some yellow ones this week, together with other fruit. I am, in fact, a shareholder of a mostly fruit CSA. Neukom Family Farm has a varied production and is particularly known for its organic peaches. Until last year, I had been buying them at the farmers' market, after standing in line and sometimes going away empty handed, because they were sold out. This year, I will get them in my weekly box. My... Read more → 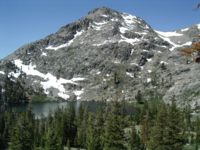 [cliccare il link per andare alla versione in italiano] I spent the last a weekend completely offline in a nice corner of California called Alpine County, the least inhabited county in the state: "as of the 2000 census, it had a population of 1,208." Its total area is 465,030 acres (726.6 sq. mi.) and 96% of land is public. The Central Sierra Nevada is the dominant land feature. Alpine County is a great destination in every season. On Saturday morning, we arrived at the Carson Pass Information Station of the Eldorado National Forest, and secured a campsite for the night (they... Read more →