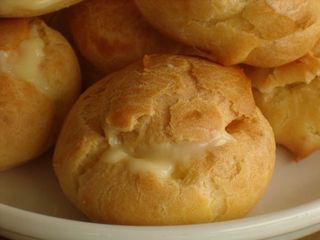 A little while ago a nice young woman gave me the book Eat, Pray, Love by Elizabeth Gilbert and told me that the Eat part was about Italy. She invited me to read the book and then pass it along to someone else. I admit I was a bit skeptical: I always am, when approaching a non-Italian writer talking about Italy. I ended up reading the book cover to cover and enjoying it. In this autobiographical story, Gilbert narrates the year she spent in Italy, India and Indonesia.

While in Rome, Gilbert goes to school to learn Italian and meets some people with whom she practices her language skills and gets a more personal view of the country. One day, she goes to a soccer game (partita di calcio) with her friend Luca Spaghetti and his friends. This is a great choice for anybody who wants to get a feel for Italian's national passion. Gilbert is particularly interested in the language, in the expressions she hears, a mixture of encouraging and disparaging words, strung together into a running commentary. "My first soccer game with Luca Spaghetti was, for me, a delirious banquet of Italian language."

There are two teams (squadre) based in the Italian capital, Roma and Lazio, and you are a fan (tifoso) of one or the other, usually as a matter of family tradition (though I saw such tradition break down in my family, when my brother became a Roma fan, in contrast to my mother's support for Lazio). Luca Spaghetti is a Lazio fan and the team loses. After the game, Gilbert follows the group of friends to the place where they pour out their sorrow and find consolation.

Needing to be cheered up after the game, Luca Spaghetti asked his friends, “Should we go out?”

I assumed this meant,”Should we go out to a bar?” That’s what sports fans in America would do if their team had just lost. They’d go to a bar and get good and drunk. And not just Americans would do this - so would the English, the Australians, the Germans... everyone, right? But Luca and his friends didn’t go out to a bar to cheer themselves up. They went to a bakery. A small, innocuous bakery hidden in a basement in a nondescript district in Rome. The place was crowded that Sunday night. But it is always crowded after the games. The Lazio fans always stop here on their way home from the stadium to stand in the street for hours, leaning up against their motorcycles, talking about the game, looking macho as anything, and eating cream puffs.

After laughing in deep appreciation of the nice vignette, I decided it was time for me to tackle bignè. My aunt Lucia used to make them: her bignè were big, golden and perfectly empty inside. If I was around when she baked them, I was allowed to fill them with crema, a task I loved to perform. What I remember most is the delicate, unmistakable smell of freshly-made crema, tinged with lemon, and the underlying sweet aroma of baked goods left over from the baking of the bignè. As I mentioned in an earlier post, my aunt passed away five years ago, so I could not ask her for the recipe. After a brief search, I chose a recipe by David Lebovitz. I mixed in the eggs by hand and dropped the pâte à choux by spoonfuls onto the baking sheets. In his "On Food and Cooking," Harold McGee calls the technique for preparing cream puff pastry "a brilliant invention," apparently dating to late medieval times:

It's a cross between a batter and a dough, and is cooked twice: once to prepare the paste itself, and once to transform the paste into hollow puffs.

My bignè were definitely smaller than the ones my aunt made and most probably smaller also than the ones Luca Spaghetti and his friends ate to get over their team's defeat. They came out hollow and crisp and absolutely delicious once I filled them with some crema.

Apply caution when biting into a bignè, as the crema tends to find all ways to escape. I made this escape easier by cutting too big of an aperture in the bignè to make space for a small spoon carrying crema: instead, as filling implement, I should have used a Ziploc bag with a corner cut. As a kid, getting crema all over myself was part of the fun (until my mother arrived on the scene). As an adult, I am a bit more self-conscious, though I believe that scooping up small dollops of crema and licking it off our fingertips is something we should do every now and then, regardless of our age.

Back to the book. After Italy, Gilbert spends some time in an Indian ashram (that's the Pray part), and finally goes to Bali, where the Love portion takes place. I found Gilbert's style of writing congenial and I appreciated that she noticed things about Italy not commonly talked about. Here is an example:

So far, though, my favorite thing to say in all of Italian is a simple, common word:

It means, "Let's cross over." Friends say it to each other constantly when they're walking down the sidewalk and have decided it's time to switch to the other side of the street.

I love this word. I say it all the time now. I invent any excuse to say it. It's making Sophie nuts. Let's cross over! Let's cross over! I'm constantly dragging her back and forth across the crazy traffic of Rome. I'm going to get us both killed with this word.

It is indeed true that we say attraversiamo all the time, and I like the way Gilbert describes this detail.  Note that attraversare la strada (to cross the street) is a dangerous activity in Italy, in certain places more than in others, as the accepted rules of conduct and people's relationship with road sign and signals tend to change from city to city.

This is my entry for Novel Food #2, a seasonal literary/culinary event that Lisa of Champaign Taste and I are co-hosting. The deadline for sending us your literary-inspired culinary creations is Friday, December 21 at 9 am (PST). Let us have your reading and cooking suggestions: the holidays are a perfect time to catch up with both activities.

How very civilized...console the team's loss with sugar and sweets!

This sounds like a wonderful book. I'll have to look for it. I love the idea of eating cream puffs to soothe the disappointed heart. ;-)

Nice post, Simona. I used to make these with my mom and we didn't use a mixer. We beat one egg in at a time by hand and by the end, boy, did our arms hurt! They are so delicious :)

What a wonderful, wonderful post! I so enjoyed it, and now I'm convinced that I must read that book.

Your cream puffs look delectable, and I wish I were eating one right now! A lovely tribute to your auntie.

Thanks, Lucy. I hope you can make it. If not, maybe for the next edition.

Thanks, Paz. Cream puffs are good friends at any time.

Hi Maryann: I am glad my post evoked nice memories.

Thanks, Lisa. It is a bit of a problem to have bigne' handy: they have a tendency to end up in your mouth.

I have sent mine in to Lisa~ I can't wait to see what we get.
This is a fun event.
Merry Christmas y'all!

Thanks Sandi. I think about you every time I put on my beloved Whistlestop Cafe apron, which I love.

It sounds like you enjoyed the book as much as I did Simona.It would be fun to join in on the Eat, Pray, Love Italian Challenge if you would care too. To answer your question it does not need to be a new item, just needs to be Italian. I would love to have you join in if you like:D A fun lead up to the movie.

Thanks Val. I've added it to my list of things to try to do. And yes, I did enjoy the book a lot. I really appreciated the way Gilbert approached her staying in Italy and how she talks about the country.